The Ian Fleming Cameo in “From Russia with Love” – Is it him or not?

It´s a question that has been on the mind of Bond Fans for quite some time now: did Bond creator Ian Fleming appear in a cameo scene in 1963´s “From Russia with Love” or didn´t he?
The scene in question, mentioned in the book “Keeping the British End Up” by Roger Ryan and Martin Sterling, can be viewed at timestamp 01:16:03 in the film and what we can see is a man dressed in a white sweater and blue trousers, standing in the grass with a walking stick. THIS is supposed to be Ian Fleming.
Although the wonderful Blu-Ray quality makes many details easier to spot, it´s not enough to determine if that is really Ian Fleming, so a more thorough analysis is necessary.
Fleming often visited the set of “From Russia with Love”, so take a look at these publicity photos taken during the filming of the Orient Express scenes: 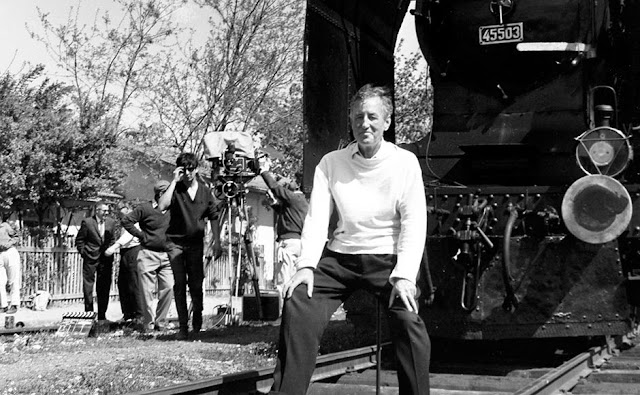 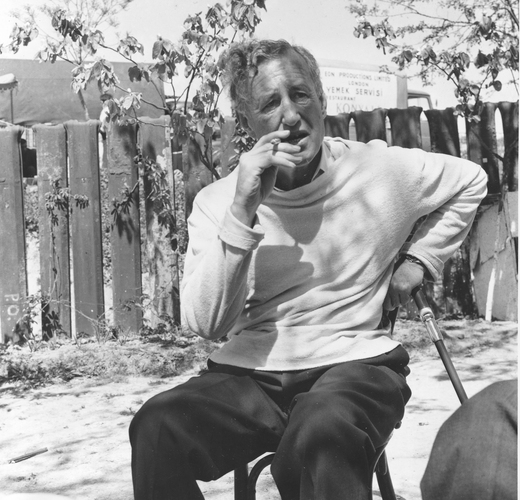 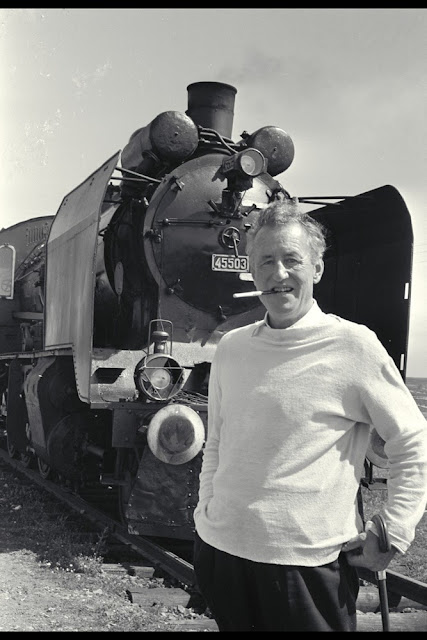 The clothes do match the Screencap above, so it could well be Fleming.
What we have to take into account are certain facial features that should match. Fleming had large ears and also the nose and cheek bones look alike when you compare the publicity stills with the Screencap.
Difficult to judge is the height of the man in the scene. Ian Fleming was rather tall – almost 1,83m (6ft) – but the man in the film looks smaller.
Again, this is difficult to determine because there is no other object to compare him with in terms of size.
It´s a shame, that the man in the film wears a cap which makes it even harder to recognize his face properly. But even if you enlarge the image with top notch Image Enlargement software, there is no good result to prove it is Fleming.
Even after the man in the scene turns his head towards the camera when the Orient Express passes by – there is no definite result!
Since the Bond producers have never revealed the truth behind the question if this is actually Ian Fleming or not, we have to make up our own minds.
Personally, I don´t think it´s him because he might have been modest about appearing in a film about the character he created.
But then again…you never know 🙂
This will probably remain an unsolved mystery in Bond history.