“From Russia With Love” and its link to Braunschweig, Germany

Did you know that the second James Bond film “From Russia With Love” is linked to my hometown Braunschweig? It´s a minor detail you can easily overlook. When Bond questions Tatiana Romanova about the Lektor Decoding Machine on the ferry in Istanbul, he uses a tape recorder concealed in a Rolleiflex camera…which was once produced in Braunschweig, Germany. I pass the Factory several times a week by bus, so I thought it might be worth a mention as a link to the Bond films. 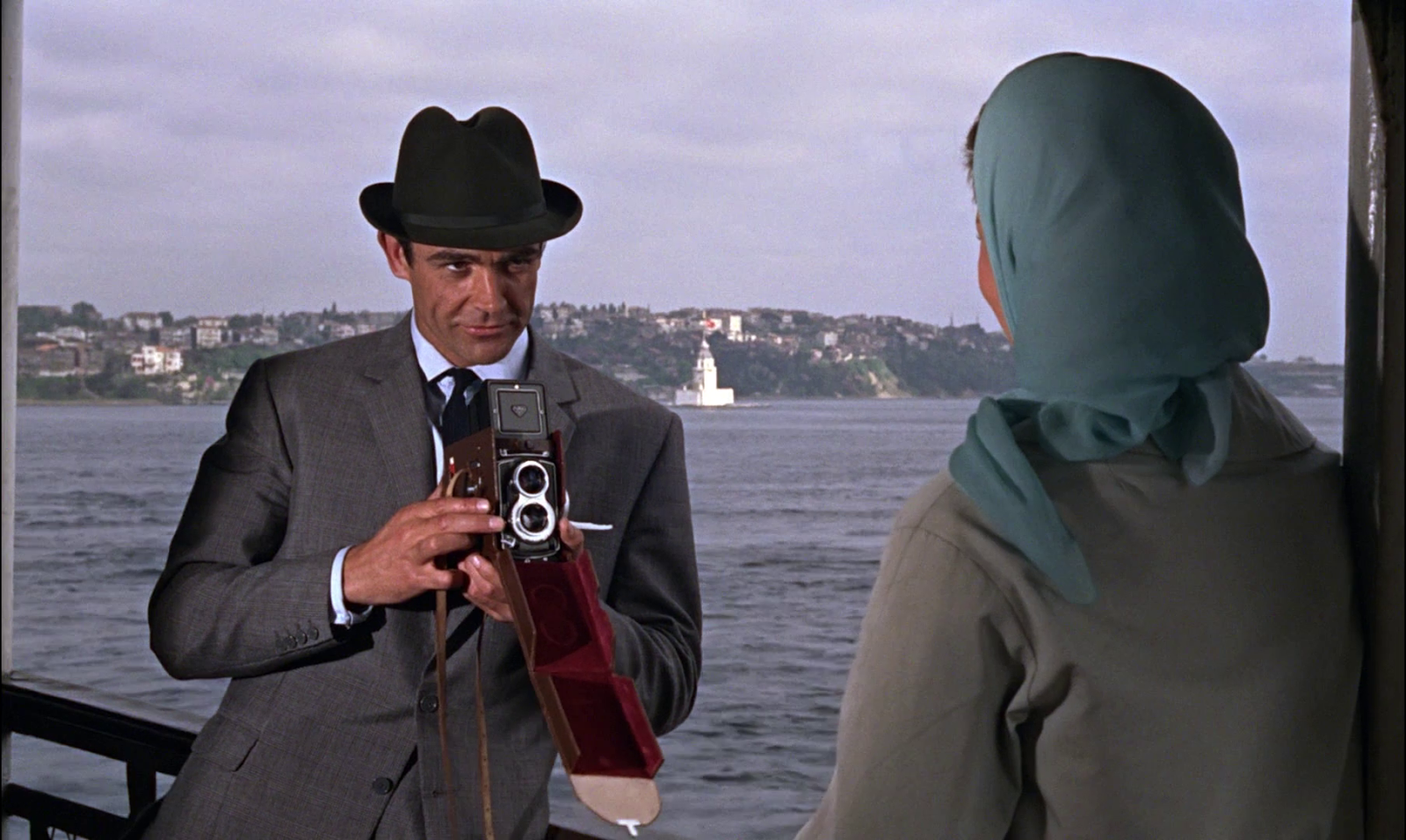 Rolleiflex is the name of a long-running and diverse line of high-end cameras originally made by the German company Franke & Heidecke, and later Rollei-Werk. The “Rolleiflex” name is most commonly used to refer to Rollei’s premier line of medium format twin lens reflex (TLR) cameras. (A companion line intended for amateur photographers, Rolleicord, existed for several decades.) However, a variety of TLRs and SLRs in medium format, and zone focus, and SLR 35 mm, as well as digital formats have also been produced under the Rolleiflex label. The 120 roll film Rolleiflex series is marketed primarily to professional photographers. Rolleiflex cameras have used film formats 117 (Original Rolleiflex), 120 (Standard, Automat, Letter Models, Rollei-Magic, and T model), and 127 (Baby Rolleiflex).
The Rolleiflex TLR film cameras were notable for their exceptional build quality, compact size, modest weight, superior optics, durable, simple, reliable mechanics and bright viewfinders. They were popular and widely imitated. The high-quality 8 cm focal length lenses, manufactured by Zeiss and Schneider, allowed for a smaller, lighter, more compact camera than their imitators. Rollei is a German manufacturer of optical goods founded in 1920 by Paul Franke and Reinhold Heidecke in Braunschweig, Lower Saxony, and maker of the Rolleiflex and Rolleicord series of cameras. Current products also include specialty and nostalgic type films for the photo hobbyist market.
After being purchased in 1995 by Samsung Techwin, part of the South Korean Samsung Group, it was sold back to its internal management in 1999. In 2002 it was bought by a Danish investment group, and in 2005 was split into two different companies: “Rollei GmbH” in Berlin, owner of the Rollei brand and selling various OEM equipment, and “Franke & Heidecke GmbH, Feinmechanik und Optik” in Braunschweig, an equipment factory.