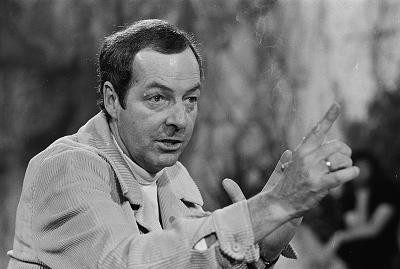 The news came early this morning and once again sent the Bond fanworld into mourning. Famed British film director Guy Hamilton died at the age of 93 at his home in Majorca, Spain.

After having turned down the offer to direct the first James Bond film “Dr. No” (1962), Hamilton eventually joined the Bond family with directing “Goldfinger” (1964) – the film that set the definitive standards for the 007 film series. Still regarded by many as the best film of the franchise, “Goldfinger” successfully cemented the recognizable Bond-Cocktail of action, sexual innuendo and humour.

In 1971, Guy Hamilton returned to direct Sean Connery’s final outing as agent 007 in “Diamonds Are Forever” and subsequently Sir Roger Moore’s first Bond film “Live And Let Die” in 1973. His final film of the series was “The Man with the Golden Gun” (1974).

Apart from James Bond, Hamilton directed much loved classics such as “Funeral in Berlin” (1966), the WWII epic “Battle of Britain” (1969) and the Agatha Christie adaptation of “Evil under the Sun” (1982) which was partly filmed on the island of Majorca where Hamilton had spent much of his later life.

With his unique style of directing and sense for detail, Guy Hamilton greatly influenced the James Bond series and brought us some of the most iconic moments in film history – from the Golden Girl and Laser Table scenes in “Goldfinger” to the legendary duel between James Bond and assassin Scaramanga in “The Man with the Golden Gun”.