The latest Bond film “Spectre” features a selection of songs not included on the official soundtrack. Here is an overview of which these are and where we find them in the film. 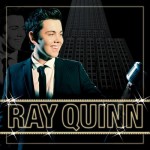 During the car chase in Rome, Bond tries to activate the gadgets of the Aston Martin DB10 one by one. When he switches on “Atmosphere”, the first notes of the famous Liza Minelli song “New York, New York” are briefly heard. While the extract is very short, is is listed on IMDB as being a version by British singer Ray Quinn who participated in the third series of The X Factor in 2006, finishing in second place behind Leona Lewis. The song is taken from Quinn’s first album entitled “Doing it my Way” which was released in 2007 and sold 127.000 copies in the first week. Album and song are not that easy to find anymore, but you can check availability here.

This piece of traditional South American music can briefly be heard as an interpolation from the moment when Estrella shows Bond the key in the Mexico City hotel lift until they enter the hotel room. The story of the music is somewhat mysterious: It is not known who exactly composed it since it derives from a hundred-year-old legend of a woman said to haunt the valleys of Mexico, weeping for her children whom she drowned in a fit of madness. Many different verses (currently 40) have been written for this song over the years and when you compare song and legend, you’ll find that both integrate common themes such as loneliness and despair. The version heard in “Spectre” is performed by soprano Gloria De La Cruz.

IMDB lists five more tracks that I have not been able to identify in the film. While the first two might have been interpolated with the music of the Pre-Title-Sequence, occurrence of the other three is doubtful.

1 thought on “Additional music in SPECTRE”