The world of James Bond is glamorous and exciting – the real world can however often be cruel and unforgiving. Many actors and actresses we cherish have fallen on hard times, in this case former Bond Girl Lana Wood who urgently needs your help. 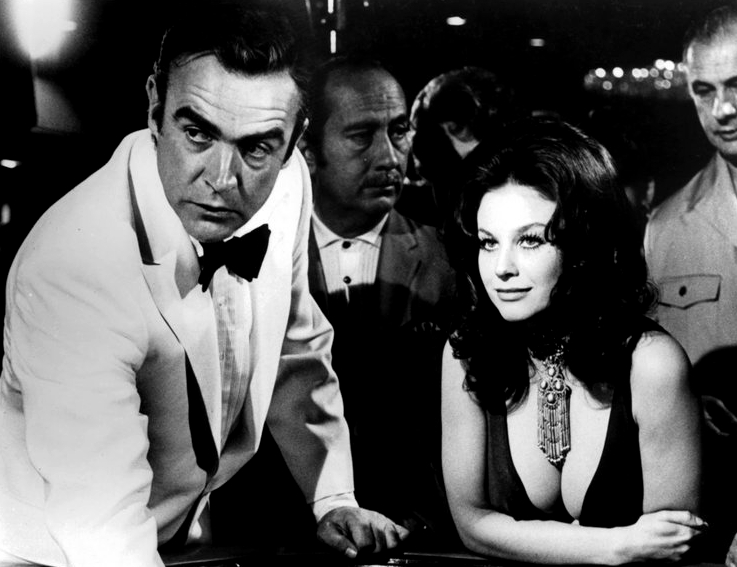 Who of us Bond fans could forget the legendary entrance of Lana Wood in ‘Diamonds Are Forever’ (1971) when she introduced her character to Sean Connerys James Bond as Plenty O’Toole. The reply was a typical 007 one liner: “Named after your father perhaps.”

Submerged in a swimming pool with her feet loosely tied to a cement block; Lana came close to drowning in the film. It could have been a tragic film set accident, even more so because her sister, famed actress Natalie Wood really drowned ten years later during the making of the film Brainstorm while on a weekend boat trip to Santa Catalina Island.

Over the years, Lana Wood had always maintained a steady career until she retired from acting in 1985. After a 23 year stop on her career, she reappeared in 2008 and starred in mainly low-budget films. Between then and now, Lanas life changed drastically. Now at 71, she suffers from high blood pressure, arthritis throughout her neck, spine, knees, hands and feet and is in a constant state of pain 24/7. Her daughter Evan (42) was diagnosed with Hodgkin’s lymphoma as well as a chronic obstructive pulmonary disease—C.O.P.D. When she walks, she walks around strapped to an oxygen machine. A terrible strain for both daughter and mother.

In March 2017, the many problems of living paycheck-to-paycheck led to a foreclosure sign tacked to the front door of Lana Woods home where she had lived for seven years. She began packing but had nowhere to go to. In these circumstances, wherever they may occur, we rely on our friends and family to support us and help us get through this roughest of patches in our life.

The Bond community is no different. Many of us have become very close friends over the years and we support each other, some of us have even become friends with some of the stars who have appeared in the James Bond film series. Friends of Lana Wood have now set up a Gofundme page so that we can donate money to help Lana and her family to get back on her feet. The goal has been set to $ 10.000 of which $ 2.925 have been reached in just three days.

Everyone of us could hit a rough patch sometime in life – think about what you would do if your options are limited! If we pull together, we can change the life of a kind and caring mother and grandmother, in fact a whole family. Please give generously!

HOW YOU CAN HELP
If you want to donate and thus support Lana Wood and her family, you can make a donation of your own choosing at the Gofundme page. Every bit is very much appreciated!