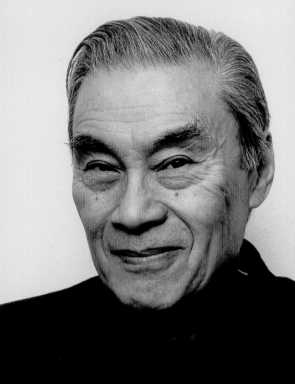 Another sad loss has to be reported today as actor Burt Kwouk passes away aged 85. He was well known to James Bond fans for appearing in the two official Bond films “Goldfinger” (1963) and “You Only Live Twice” (1967) as well as the unofficial Bond spoof “Casino Royale” (1967).

Born in Warrington, Cheshire, but brought up in Shanghai until the age of 17, Kwouk became an actor in mid-1950`s England with one of his earliest film roles being in The Inn of the Sixth Happiness (1958). With over 140 film & TV appearances to his name, Kwouk filled a 53 year career with many notable roles such as Cato in the “Pink Panther” series in which he starred alongside Peter Sellers. His double act with Sellers was hugely popular with fans and he continued in the role of Cato after Sellers died in 1980, appearing opposite Sir Roger Moore and Roberto Benigni when they took on the role of the bumbling French detective.

In “Goldfinger” (1963) he starred as Mr. Ling, a Red Chinese expert in nuclear fission. In this iconic Bond film, Kwouk starred alongside actors Sean Connery and Gert Fröbe.

A statement issued by his agent said: “Beloved actor Burt Kwouk has sadly passed peacefully away. The family will be having a private funeral but there will be a memorial at a later date.”