All the on-set UI screen graphics for latest Bond flick, SPECTRE were created by Soho-based Rushes.

Over a 13 month period of working on the 24th 007 film, from pre-production through to post, in total Rushes created more than an hours’ worth of animations and motion graphic sequences that furnished over 300 screens, across 23 scenes in the film.

No Bond film would be complete without the famous Bond gadgets and villain lairs, and these are two of the principle areas where Rushes UI design and screen graphics work was utilised. It’s a return to the Bond franchise for the VFX house, which previously completed a third of VFX shots on “Tomorrow Never Dies”, which itself marked the company’s first complete film scanning, recording and compositing project for a feature film. 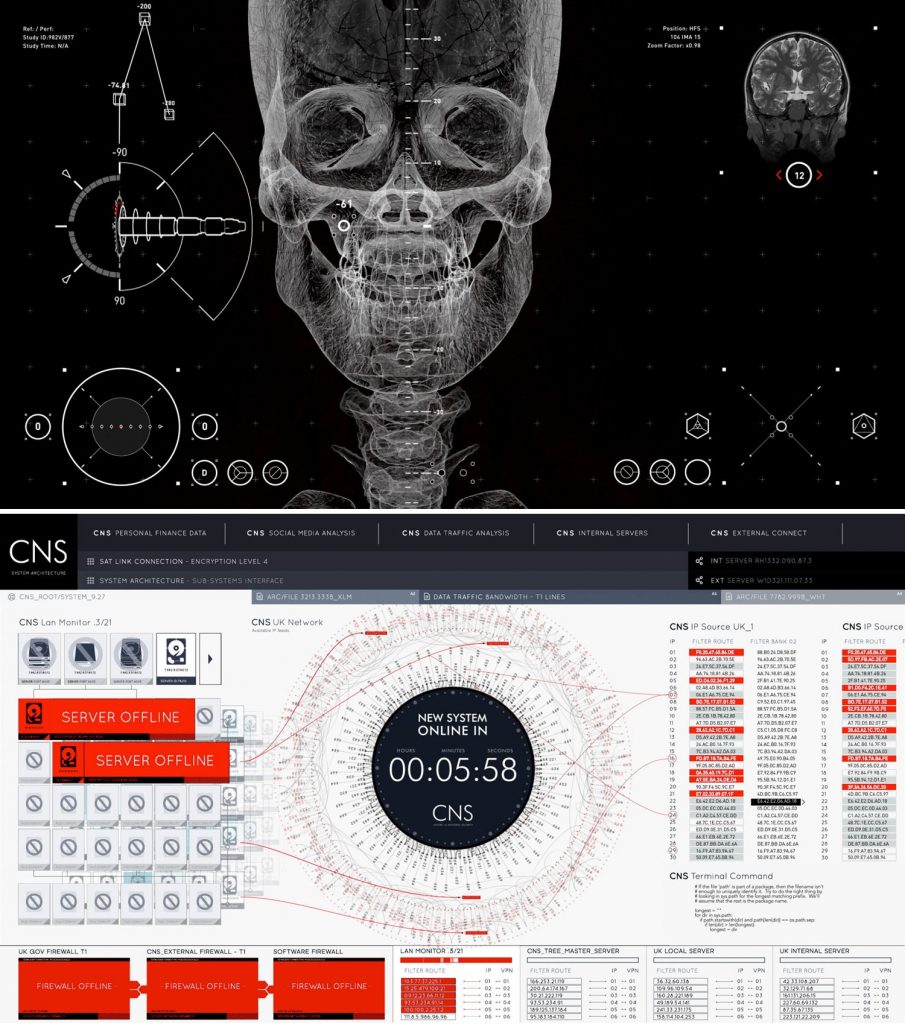 Rushes worked closely with the Bond production team, including director Sam Mendes and DOP Hoyte Van Hoytema, who wanted to capture all of the screen graphics in-camera.

This meant much of the work fell in the production rather than post-production sphere, so preliminary concept design work started well in advance of initial shooting, to be prepared for the start of the shoot at end of last year. 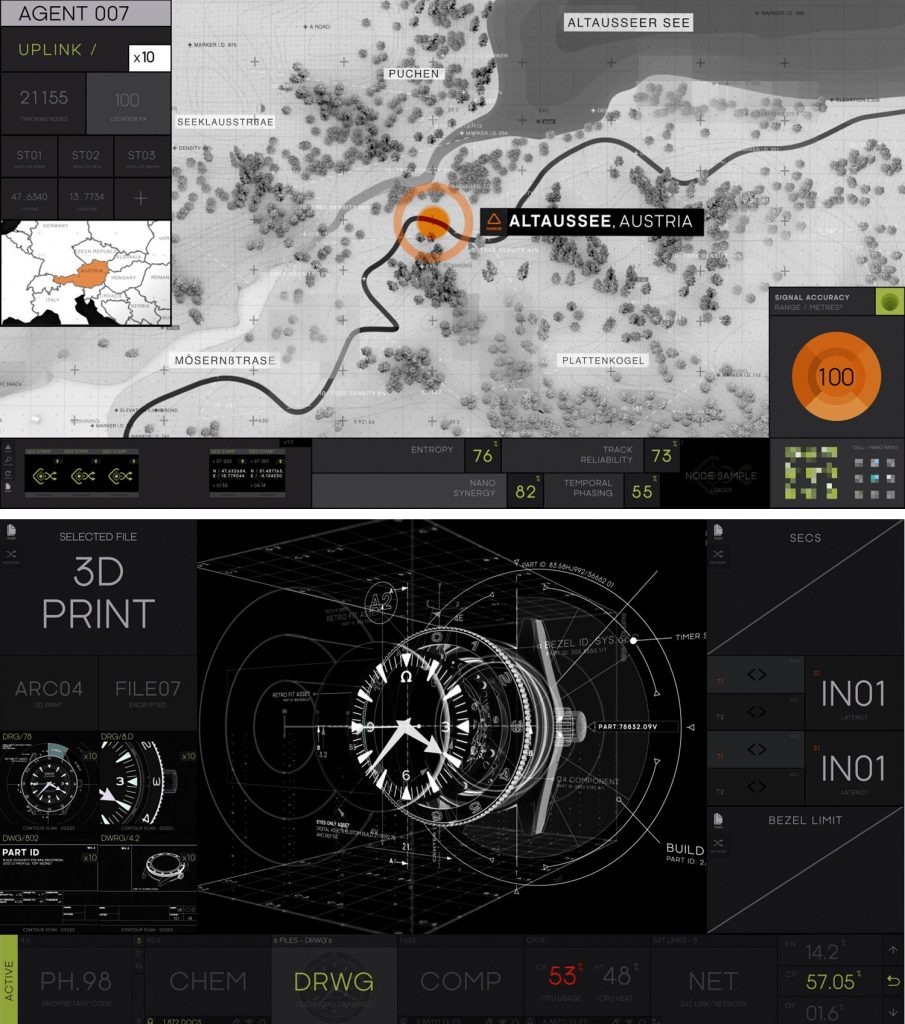 Throughout the organic filmmaking process, the design team acted as creative problem solvers, offering ideas and solutions in pre-production with pre-vis animatics, through to designing solutions on-set during the shoot.

Skills and expertise of the facility’s CG and compositing departments were used to realise the ambitious vision of the production across some of the more complex sequences, scaling the department up as required. 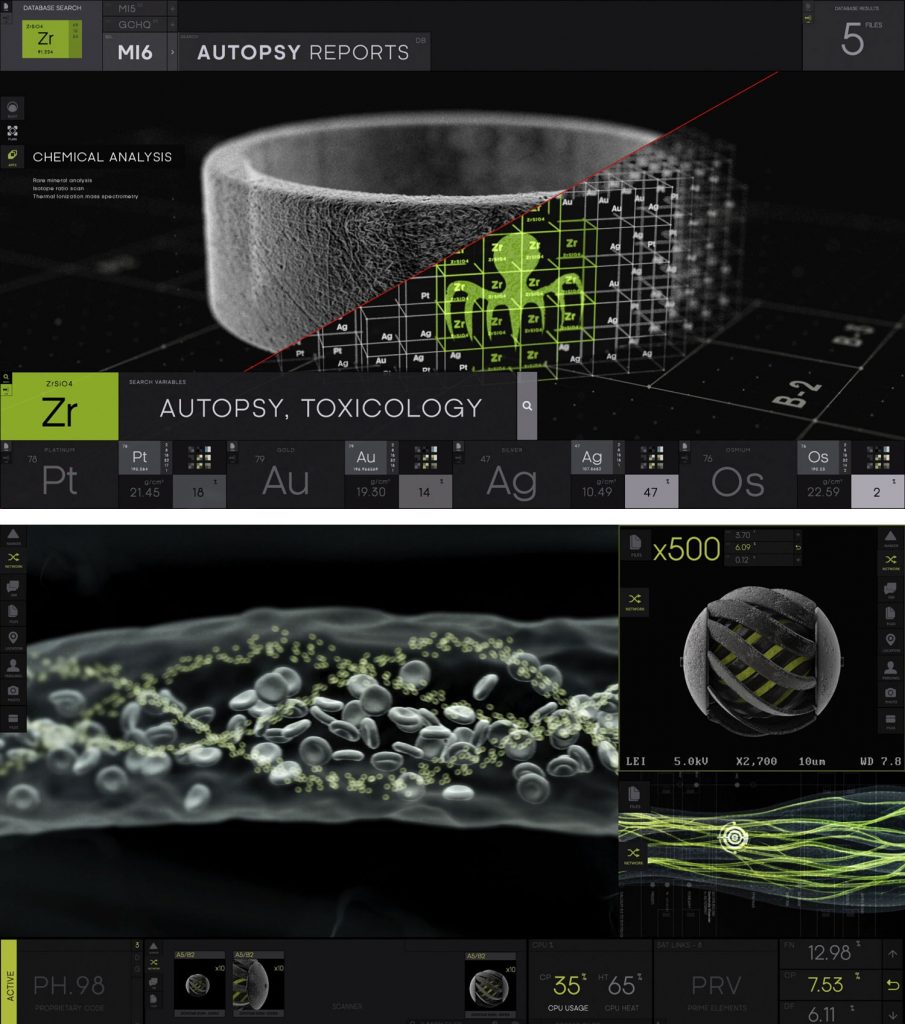 John Hill joined the team as creative supervisor, working with Rushes MGFX Studio, led by Barry Corcoran. Tasked with bringing a great level of realism to the MI6 technology, the team researched the emerging field of nanorobotics and the latest military and medical thinking, to create technically accurate graphics that lead to a heightened sense of authenticity.

Throughout the process discussions were focused on how ‘near future’ technology could be as factually accurate as possible, balanced within the confines of the narrative. 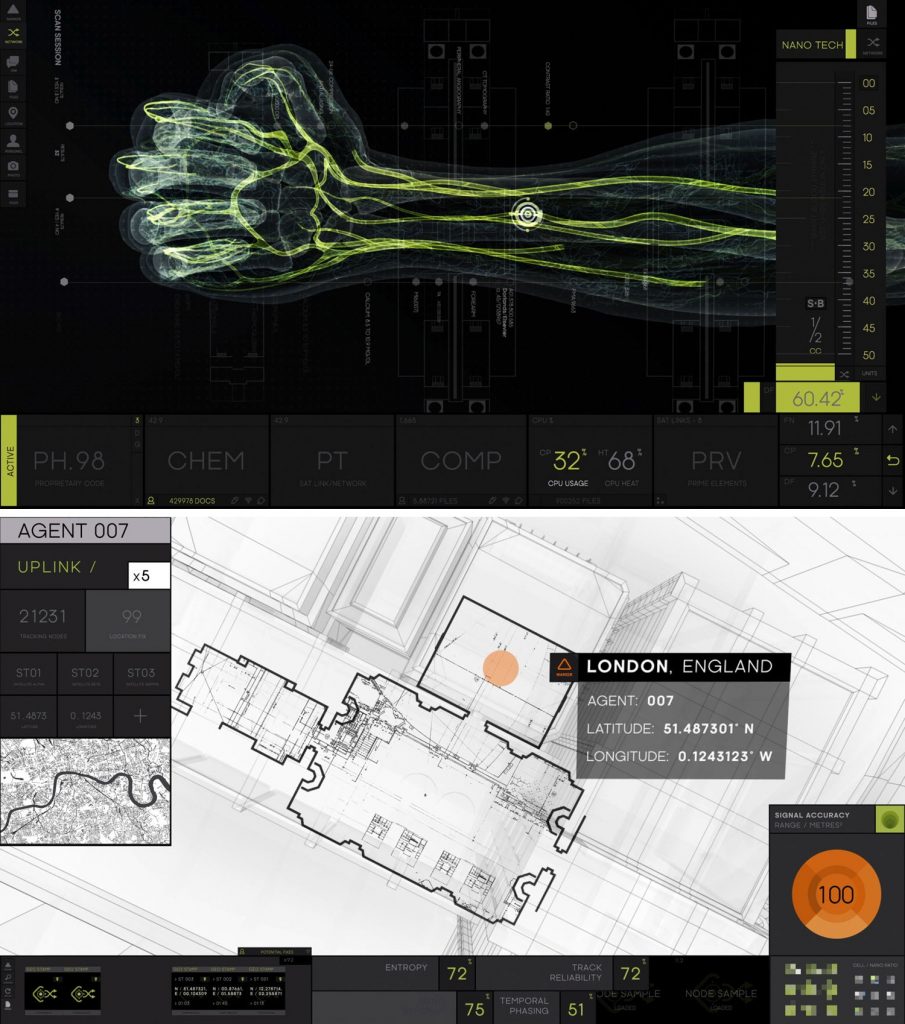 Great concern was given to crafting a visual language, intelligent in design and functionality, where form followed function because ultimately the job was to support the dialogue, performance and action, within the context of the story that Sam Mendes is telling in SPECTRE.

An even greater number of screens were used in SPECTRE villain Oberhauser’s lair, to display various and complex analytical data infographics and adapted news footage. 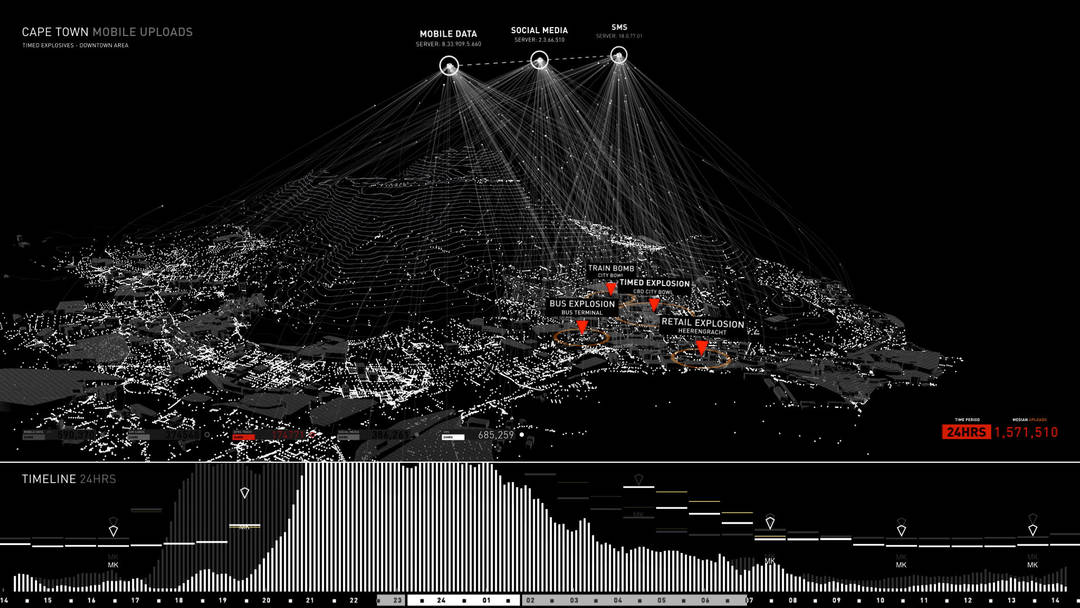 Following the end of initial shooting, Rushes carried out additional post work on over 80 screens, including monitors, laptops and phones used throughout the film.

Rushes was also tasked with creation of the scene and locator cards.

FIND OUT MORE
To find out more about London based company Rushes, feel free to visit their website www.rushes.co.uk